The Night of the Living Archive

What better way to understand the archival state of a poem than to ask it?

“The Night of the Living Archive” is an audio drama/mock interview between research assistant Liza Makarova and Fred Wah’s poems Mountain (1967), Limestone Lakes Utaniki (1987, 1989, and 1991),  and Don’t Cut Me Down (1972), which currently live in the Fred Wah Digital Archive (fredwah.ca).

Poems within the archive are independent documents that live incredibly interesting lives that are celebrated within this episode. Over a series of three interviews, Liza invites these poems, drifting in “the Great Universal Archive,” to speak about their existence in the digital realm. These poems are given the opportunity to speak their minds  on topics such as how digital archives are treated, the poems’ complex histories, and their relationships with each other on a literal and literary level.

This episode will also present excerpts of Fred Wah’s archive of audio recordings, ranging from his 1979 Poetry Reading Series to an interview which aired at a literary arts radio show in Calgary. As an artist, educator, and writer, Wah has built an incredible social network throughout generations through his poetry, which has the capacity to tell its own story. 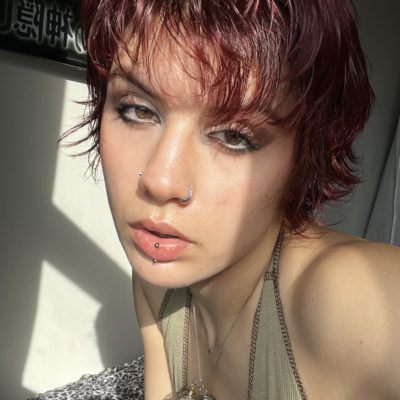 kurichkaaa (liza makarova) is an interdisciplinary artist, experimental playwright, and poet currently based on earth. kurichkaaa writes about love and grief, lesbians and communism, and how to empower people to feel hopeful about the future. they have read for the flywheel reading series by the literary magazine filling Station and will soon be published in The Capilano Review. They are in the process of developing a script with Playwright’s Workshop Montreal.