SpokenWeb is a literary research network, dedicated to studying literature through sound. But how did this project begin? What kinds of literary recordings inspired it and where were they found? And what happened next in order for these recordings to be heard?

For this inaugural episode of the SpokenWeb Podcast, Katherine McLeod seeks to answer these questions by speaking with SpokenWeb researchers Jason Camlot, Annie Murray, Michael O’Driscoll, Roma Kail, Karis Shearer, and Deanna Fong. All of their stories involve a deep interest in literary audio recordings and all of their stories, or nearly all, start with a box of tapes…

Sound Rights Information for Episode 1 can be found here. 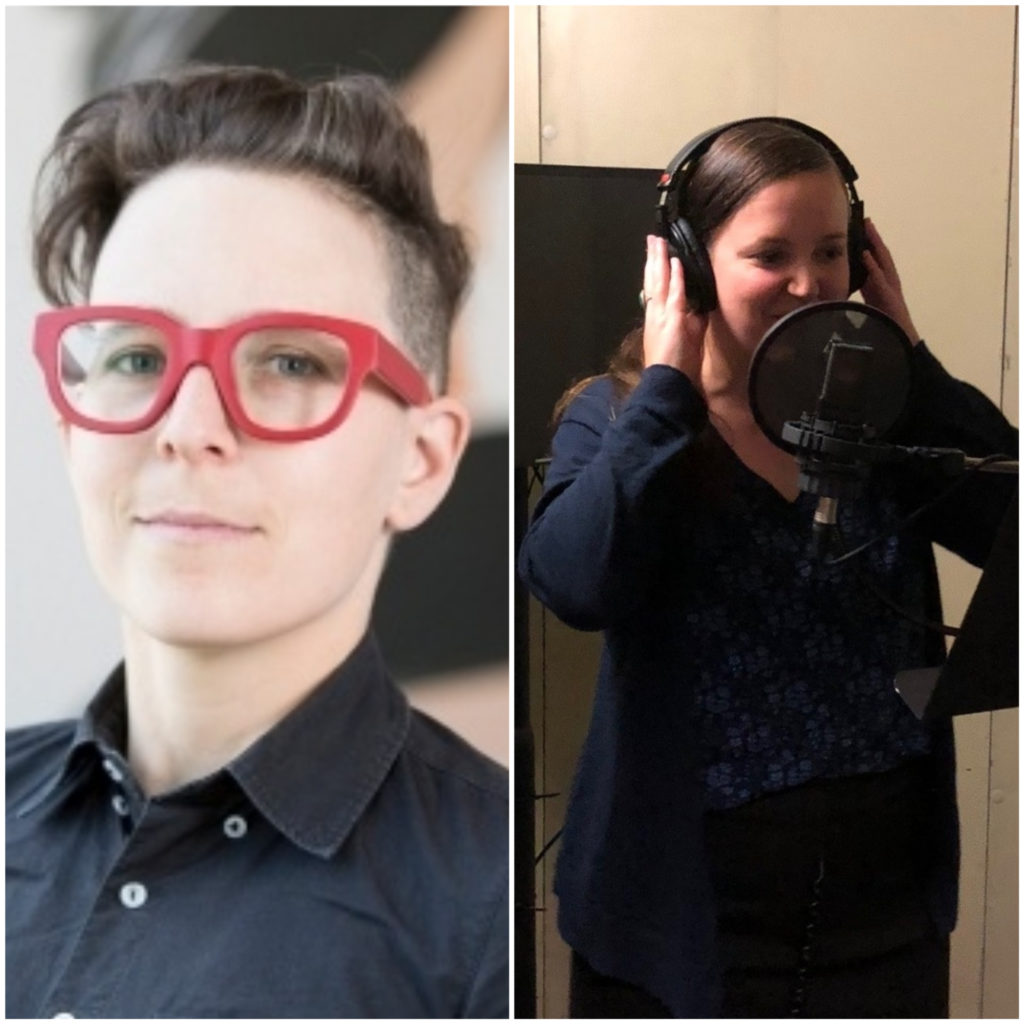 Katherine McLeod (host & writer) is an affiliated researcher with SpokenWeb at Concordia University. After receiving her doctorate from the University of Toronto, she held a SSHRC post-doctoral fellowship with TransCanada Institute (University of Guelph) and a SpokenWeb post-doctoral fellowship at Concordia University. She has published on performance and Canadian literature, and her research focuses on broadcasts of poetry on CBC Radio. Most recently, she has co-edited with Jason Camlot, CanLit Across Media: Unarchiving the Literary Event (McGill-Queen's UP, 2019). She tweets from @kathmcleod and curates a list of Montreal poetry readings at http://wherepoetsread.ca/.

Cheryl Gladu (producer) is a podcast producer with SpokenWeb. She is an interdisciplinary Phd Candidate at Concordia University, studying collaborative communities in both the design and business schools. She first got involved in podcasting through a media project for Future Earth called the Worlds We Want. You can learn about her broad range of seemingly unrelated interests at cgladu.com.

Jason Camlot is the principal investigator and director of The SpokenWeb, a SSHRC-funded partnership that focuses on the history of literary sound recordings and the digital preservation and presentation of collections of literary audio. Camlot's critical works include Phonopoetics: The Making of Early Literary Recordings (Stanford, 2019), Style and the Nineteenth-Century British Critic (Routledge, 2008). He is also the author of four collections of poetry, Attention All Typewriters, The Animal Library, The Debaucher, and What the World Said. He is a professor in the Department of English at Concordia University in Montreal.

Deanna Fong recently defended her PhD in English at Simon Fraser University, where her research focuses on the intersections of auditory media, event theory, literary communities, and affective labour. With Ryan Fitzpatrick and Janey Dodd, she co-directs the audio/multimedia archive of Canadian poet Fred Wah, and has done substantial cataloguing and critical work on the audio archives of Japanese-Canadian poet and painter Roy Kiyooka. She has been the first Student Representative on the SpokenWeb Governing Board and has participated on SpokenWeb's Metadata Task Force.

Roma Kail is the Head of Reader Services at Victoria University Library in the University of Toronto. She participates in and manages operations and services related to reference, research, instruction, access and circulation. Her current research and coursework involves completion of a certificate in Archives and Records Management from the University of Toronto’s Faculty of Information.

Annie Murray is Associate University Librarian for Archives and Special Collections at the University of Calgary, where she oversees The Canadian Architectural Archives, Special Collections, the University of Calgary Archives and the Library and Archives at the Military Museums. She is a longtime co-applicant in the Spokenweb project to develop web-based interfaces for the exploration of digitized literary audio recordings. She is currently overseeing the preservation of the EMI Music Canada Archive, with support from The Andrew W. Mellon Foundation.

Michael O'Driscoll is a Professor in the Department of English and Film Studies at the University of Alberta, and Vice-Dean in the Faculty of Arts. He is a Governing Board Member and lead U of Alberta Researcher for the SpokenWeb SSHRC Partnership Grant.

Karis Shearer, Director of the AMP Lab and the SoundBox Collection, is an associate professor at UBC’s Okanagan campus in the Department of English and Cultural Studies. She leads SpokenWeb’s Pedagogy Task Force and contributes expertise in the areas of Canadian poetry, performance, pedagogy, and media culture.