Listening Ethically to the Spoken Word

This episode is a series of interviews with Humanities scholars Mathieu Aubin, Clint Burnham, Treena Chambers, and T.L. Cowan about their approaches to the ethics of listening in their own research. We join Deanna Fong and Mike O’Driscoll as they step back to listen to the ethical practices of expert listeners. They’ll guide us through the production, collection, preservation, and reception of spoken word performances, as we hear from a performance artist, an oral historian, a curator, and a cultural analyst on what ethical listening means to them.

This episode was created by SpokenWeb contributors Deanna Fong (Concordia University) and Michael O’Driscoll (University of Alberta), with additional audio courtesy of the radiofreerainforest Fonds at Simon Fraser University’s Special Collections; the Hartmut Lutz Collection, made digitally available by the SSHRC-funded People and the Text project (https://thepeopleandthetext.ca/); and support from Jason Camlot, Hannah McGregor, Stacey Copeland, and Judith Burr. Special thanks to Deanna Reder and Alix Shield of The People and the Text Project, and to Mathieu Aubin, bill bissett, Hartmut Lutz, Maria Campbell, and T.L. Cowan for permission to share interview and performance audio. 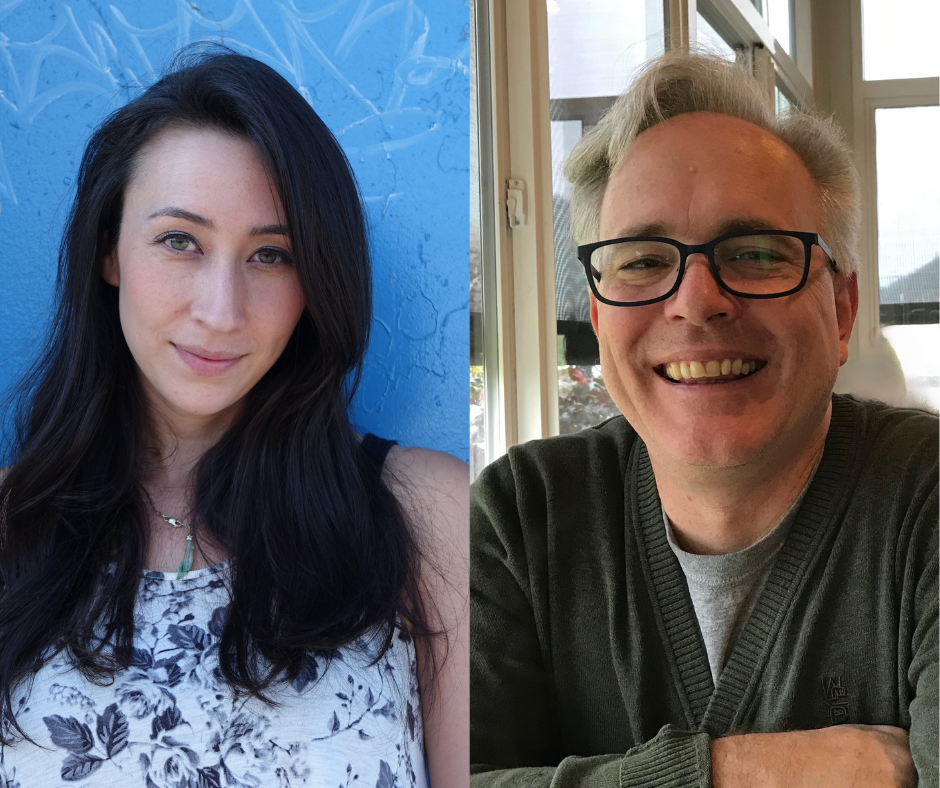 Deanna Fong is a SSHRC-funded Postdoctoral Fellow at Concordia University where her research project, “Towards an Ethics of Listening in Literary Study” intersects the fields of Oral History and Literature through an investigation of interviewing and listening practices. She co-directs the audio/multimedia archives of Fred Wah, and has done significant cataloguing and critical work on the audio archives of Roy Kiyooka. Her critical work appears in the recent publications Canlit Across Media (MQUP, 2019) and Pictura: Essays on the Works of Roy Kiyooka (Guernica Editions, 2020). With Karis Shearer, she co-edited Wanting Everything: The Collected Works of Gladys Hindmarch (Talonbooks, 2020).

Michael O’Driscoll is a Professor in the Department of English and Film Studies in the Faculty of Arts, and Special Advisor to the Provost as Convenor for Congress 2021 at the University of Alberta. He teaches and publishes in the fields of critical and cultural theories with a particular emphasis on deconstruction and psychoanalysis, and his expertise in Twentieth-Century American Literature focuses on poetry and poetics as a form of material culture studies. His interests in material culture range from sound studies, archive theory, radical poetics, and technologies of writing to the energy humanities and intermedia studies. He is a Governing Board Member and a member of the UAlberta research team for the SpokenWeb SSHRC Partnership Grant.

Mathieu Aubin is a Horizon Postdoctoral Fellow at Concordia University where he is co-leading the Oral Literary History project. His work currently focuses on the role of literary events in advancing LGBTQ2+ social justice initiatives in Canada since the second half of the twentieth century. He has published on queerness and feminism in Vancouver’s small presses and literary magazines in Canadian Literature.

Clint Burnham was born in Comox, British Columbia, which is on the traditional territory of the K’ómoks (Sathloot) First Nation, centred historically on kwaniwsam. He lives and teaches on the traditional ancestral territories of the Coast Salish peoples, including traditional territories of the Squamish (Sḵwx̱wú7mesh Úxwumixw), Tsleil-Waututh (səl̓ilw̓ətaʔɬ), Musqueam (xʷməθkʷəy̓əm), and Kwikwetlem (kʷikʷəƛ̓əm) Nations. Clint is Professor and Chair of the Graduate Program, Department of English, Simon Fraser University and works on psychoanalysis, Marxist theory, Indigenous literature, and digital culture. His most recent book is Does the Internet have an Unconscious? Slavoj Žižek and Digital Culture, (Bloomsbury, 2018), and he is co-editing, with Paul Kingsbury, Lacan and the Environment forthcoming in 2021 from Palgrave. (Photo by Chris Brayshaw)

Treena Chambers is a Métis scholar who has worked as a bookseller, union organizer, researcher, and writer. She has a BA from SFU in International Studies and is currently a Masters' student in the SFU School of Public Policy. She brings her experience as a mature student and her Métis background into her studies of decolonization and identity. Her 2018 essay "Hair Raizing" was shortlisted by the Indigenous Voices Awards, as well her 2020 work "Forest Fires and Falling Stars." She has also contributed work to the book "unsettling EDUCATIONAL MODERNISM".

T.L. Cowan is an Assistant Professor of Media Studies (Digital Media Cultures) in the Department of Arts, Culture and Media (UTSC) and the Faculty of Information (iSchool) at the University of Toronto. T.L.’s research focuses on cultural and intellectual economies and networks of trans- feminist and queer (TFQ) and other minoritized digital media and performance practices. This work includes a monograph, entitled Transmedial Drag and Other Cross-Platform Cabaret Methods, nearing completion. T.L. is also a performance artist, who appears in alter-ego form on cabaret stages and in video screens as Mrs Trixie Cane.

Take Me To the Cabaret by Billy MurrayOld phonograph “Cabaret”

Night on the Docks by Kevin McLeod

Blur the World by Tagirijus

Hartmut Lutz interviews Maria Campbell, courtesy of The People and the Text,