For hundreds of years, the Yorùbá people of West African have used “talking drums” to send messages across great distances. West African languages are highly musical, full of rising and falling tones. The pitch of talking drums can be adjusted to mimic these tones, so drummers can “speak” to one another. The drummer encodes the language, converting it into drum patterns, and in the process, poeticizes it.

This two-part podcast series explores talking drums as an art, a technology, and an important tool for speaking truth to power. In part one, poets, musicians, linguists and educators share their experiences of this fascinating musical instrument and its role in the fight to preserve local West African languages. In part two, airing next season, we sit down with a master drummer and learn more about how drums function as information compression tools.

Hannah McGregor: What does literature sound like? What stories will we hear if we listen to the archive? Welcome to The SpokenWeb Podcast: Stories about how literature sounds. My name is Hannah McGregor, and each month I’ll be bringing you different stories of Canadian literary history, and our contemporary responses to it, created by scholars, poets, students, and artists from across Canada.

Here on the SpokenWeb Podcast we have a fascination with language that goes beyond the classically bound novel and into the various technologies and texts that connect us through sound. This podcast itself is a way of connecting - of telling stories and building a community of literature lovers and sound curiousos across the country and around the globe.

But there are many other sonic communication technologies beyond podcasts, radio or even the humble telephone – and some… are much older.

For hundreds of years, the Yorùbá people of West African have used “talking drums” to send messages and tell stories. The pitch of talking drums mimics the rising and falling tones of West African languages, allowing drummers to “speak”. The drummer encodes the language, converting it into drum patterns, and in the process, turns them into poetic and political expression.

In this episode of the SpokenWeb Podcast – produced by university of Alberta researchers Chelsea Miya and Sean Luyk - we will hear from poets, musicians, linguists and educators as they reflect on the power and influence of this musical instrument, communication technology, and important symbol for West African cultures. The story of the talking drum connects to the story of written and spoken West African languages and the struggle to preserve them. This episode is part one in a two-part series about the talking drum.

Here are Chelsea Miya and Sean Luyk with “Drum Codes Part 1: The Language of Talking Drums”.

Hannah McGregor: SpokenWeb is a monthly podcast produced by the SpokenWeb team as part of distributing the audio collected from (and created using) Canadian Literary archival recordings found at universities across Canada.

Our producers this month are SpokenWeb team members Chelsea Miya and Sean Luyk of the University of Alberta. Our podcast project manager and supervising producer is Stacey Copeland - and our assistant producer and outreach manager is Judee Burr. A big thank you to Titilope Sonuga, Wisdom Agorde, Kọ́lá Túbọ̀sún, and Tunde Adegbola for their candid interviews and contributions. And a special thank you to thank the master drummer Peter Olálékan Adédòkun, who provided music for the episode.

To find out more about Spokenweb visit: spokenweb.ca and subscribe to The Spokenweb Podcast on Apple Podcasts, Spotify, or wherever you may listen. If you love us, let us know! Rate us and leave a comment on Apple Podcasts or say hi on our social media @SpokenWebCanada. From all of us at Spokenweb, be kind to yourself and one another out there. We will see you back here next month for another episode of the SpokenWeb Podcast, stories about how literature sounds. 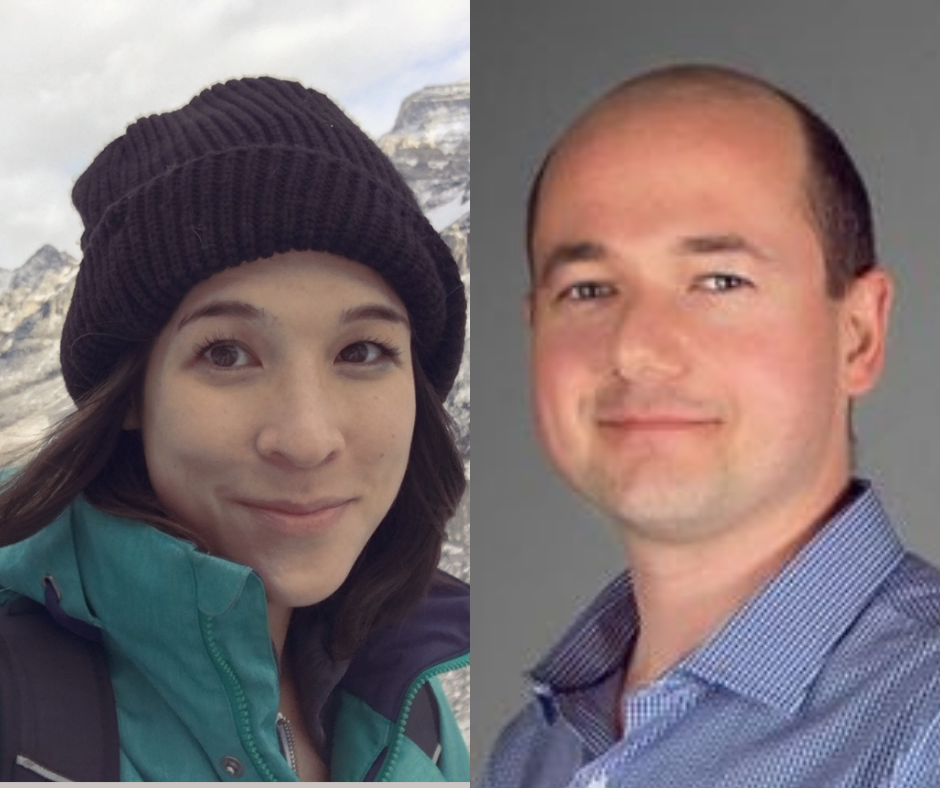 Chelsea Miya is part of the SpokenWeb Edmonton team. She is a PhD Candidate and CGS SSHRC fellow in English and Film Studies at the University of Alberta with a background in journalism. Her research explores the intersections of data and art/culture.

Sean Luyk is a Digital Projects Librarian at the University of Alberta, where he works as a member of the SpokenWeb Edmonton team. He studies local music collecting and ideas of place in music. He is also a drummer, singer, and lifelong musician.