Audio technology and audio data come in radically different forms. This month’s episode, “Sounds of Data” is a follow up to Season Two’s “Drum Codes” and takes us deeper into the sonic world of data: from the sounds of surveillance to music of the stars to the wireless transmission of drum songs. Featuring interviews with sound artist and poet Oana Avasilichioaei, NASA sonification expert Matt Russo, and speech technologist Tunde Adegbola, each offering a unique perspective on the question: what does data sound like?

Special thanks to master drummer Peter Olálékan Adédòkun, whose music you hear in the first half of the episode. Original music and performance clips were also provided by Oana Avasilichioaei and by Matt Russo and his team at SYSTEM Sounds. Thank you, as well, to Sean Luyk, who co-produced the “Drum Codes” episode and played a significant role in conceptualising this follow-up. 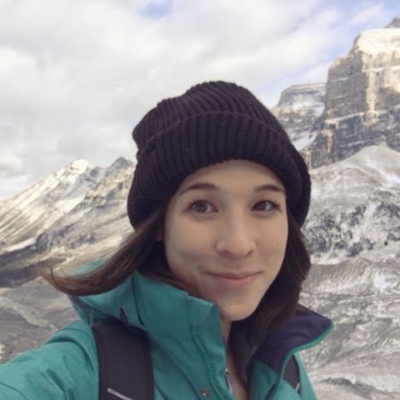 Chelsea Miya is a Postdoctoral Fellow with the SpokenWeb research team at the University of Alberta. Her research and teaching interests include critical code studies, nineteenth-century American literature, and the digital humanities. She has held research positions with the Kule Research Institute (Kias), the Canadian Writing Research Collaboratory (CWRC), and the Orlando Project. She co-edited the anthology Right Research: Modelling Sustainable Research Practices in the Anthropocene (Open Book Publishers 2021), and her article “Student-Driven Digital Learning: A Call to Action” appears in People, Practice, Power: Digital Humanities outside the Center (MIT Press 2021).

Tunde Adegbola is a Research Scientist, Consulting Engineer and Culture Activist. As Executive Director of African Languages Technology Initiative (Alt-i), Ibadan, Nigeria, he leads a team of researchers in appropriating human language technologies for African languages. In this regard, Alt-i partnered with Microsoft to localise Microsoft Windows and Office Suite for Hausa, Igbo and Yoruba. A Chevening Scholar, Honorary Fellow of the Linguistics Association of Nigerian (LAN), former Council Member of the West African Linguistics Society (WALS), former board member of West Africa Democracy Radio (Dakar, Senegal) and recipient of various academic and professional awards, he has published many papers and journal articles in local and international scientific journals in the area of Human Language Technology (HLT).

Oana Avasilichioaei’s practice interweaves various areas, including poetry, translation, photographic and moving image, sound, and performance. Oana often explores various means of translating between these areas, bringing aspects of one area into another as a way of putting pressure on the very meaning, conventions, structures, and genres of these fields. Some ideas she engages with include language as trace and resistance, polyglot and polyphonic poetics, phonotopes (intermediary spaces between words, sound and image), and transformation. Oana regularly performs her work and gives talks/presentations on poetics and translation in Canada, USA, Mexico and Europe.

Matt Russo is an astrophysicist, musician, and sonification specialist who teaches physics at the University of Toronto. After completing degrees in jazz guitar and astrophysics he began to merge his two passions by founding the sci-art outreach project SYSTEM Sounds. His work has been featured in the New York Times and he frequently collaborates with NASA to make astronomy more accessible to the visually impaired. He is also a scientific consultant, having worked on Netflix’s Umbrella Academy. Matt’s TED Talk “What does the universe sound like? A Musical Tour” has been viewed almost 2 million times.