On Mobilizing ‘Unvoice’: An Interview with Eric Schmaltz 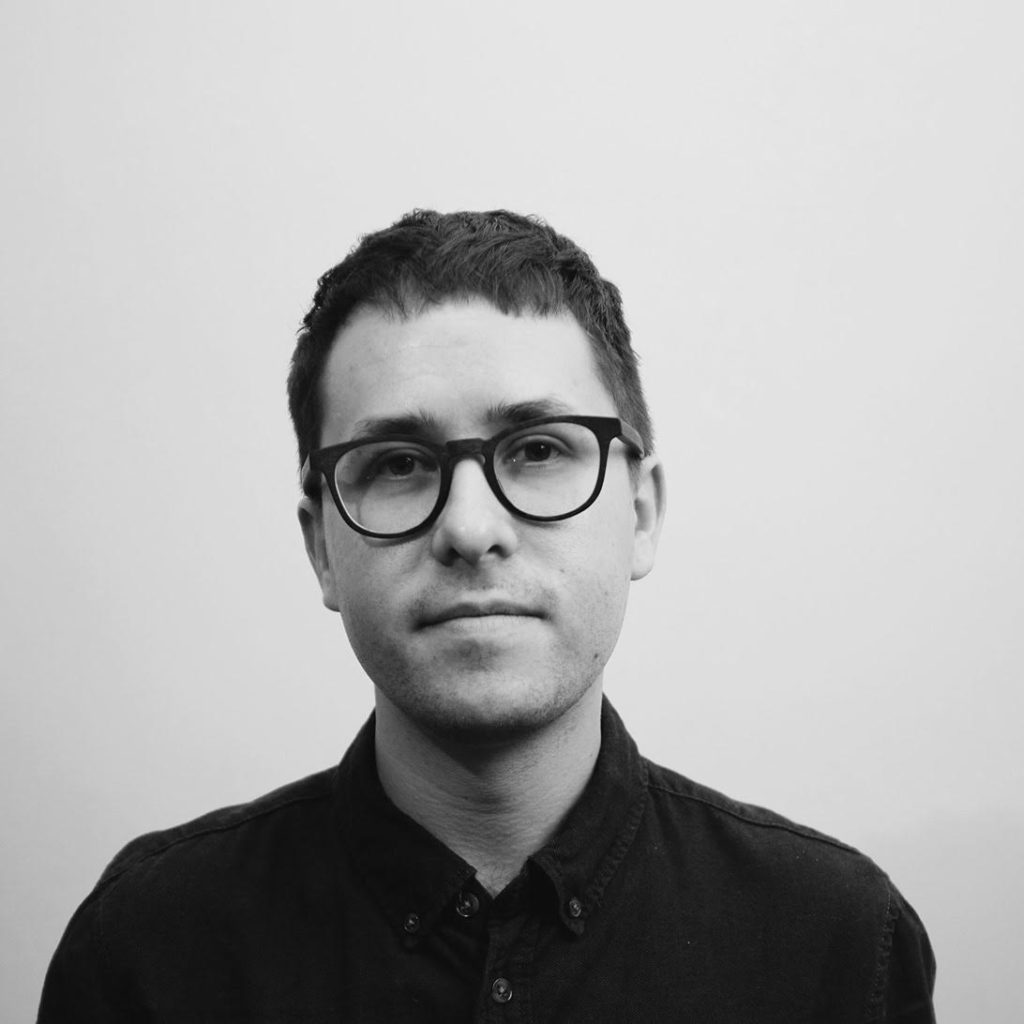 Situated at the intersection of sound and literature, artist and scholar Dr. Eric Schmaltz exemplifies the flexible thinking proper to such an innovative, interdisciplinary field. Recently, I spoke with Dr. Schmaltz about his upcoming critical work— the radical potential of silence and of body in the formation of a poetics of the ‘unvoice’—and of the sounds, important, informing his recent research activities. Most meaningfully, our conversation speaks to the possibilities inflecting our ever-growing sound studies scape; the connected and vital work of confronting our literary histories.

As a scholar working on sound in literature, your research involves various projects and publications on multimodal literatures, and a compelling creative practice to match. What are you excited about in your work right now?

My current research builds from my published and forthcoming critical writings on experimental and avant-garde poetry and poetics in Canada. These kinds of works can manifest as hybrid texts––visual poetries, sound poetries, kinetic poetries, etc. In the recent past, I’ve focused on a particular branch of visual, sonic, and kinetic poetic activities that proliferated in Canada in the 1960s through to the late 1980s. This research culminated in a recently drafted critical book. I’m now extending and scaling up that work into new but related vectors of research.

I’m now thinking about how bodily sonic phenomena inform modes of poesis, and how those sonically-inflected poetic modes come to bear on the formation of literature––its publications, its forms of power, and its communities. This is work I began as an SSHRC Postdoctoral Fellow at the University of Pennsylvania during the 2018-2019 academic year, and which I have been developing alongside teaching, organizing, and pursuing various creative projects. I’m compelled by how divergent poetics manifest as though they are informed by functions of the mouth such as screaming, shouting, burping, stuttering, chattering as well as the intersection of orality and sound technologies.

What is particularly exciting about this work for me––beyond my own personal fascination––is finding resonant consonances between my work and others in the field of literary studies, especially persons among the networks of projects like SpokenWeb. Being an early-career scholar working on sound in literature is thrilling since so many lively conversations are happening across Canada and within networks of international scholarship at this very moment.

Speaking of networks of influence, and of the Spokenweb— can you give a teaser of your planned paper for the conference?

For the 2020 SpokenWeb Symposium, I planned to present some research-in-progress by drawing the works of Caribbean-Canadian poet M. NourbeSe Philip and Japanese-Canadian poet Gerry Shikatani into a comparative context. While addressing distinctive experiences of racial injustice, their poetries foreground the absence of voice as an active confrontation with legacies of racism. Philip, in Zong! (2008), probes the silencing of Black voices in search of loss and trauma on behalf of persons murdered during the transatlantic slave trade. Philip’s approach can be compared and contrasted to Shikatani’s performance work of the 1970s and 1980s, wherein he silences himself to investigate the internment of Japanese-Canadians by the Canadian government during World War II. I planned to frame these works within the idea of a poetics of the unvoice––that is, a poetics that circumvents linguistic soundings to disturb silenced and suppressed histories to make them knowable to rewrite and write against them. My thinking for this specific poetics is still very much in its infancy.

That sounds fascinating. How did you arrive at ‘unvoice’ as frame, and what are the possibilities afforded by this concept?

I first found the idea of the “unvoice” in Brandon Labelle’s Lexicon of the Mouth (2015), and he describes it thusly: “To search for words is to already stir the silence, to drum it up so as to extract a knowable and nameable flow” (88). And, as indicated by my presentation teaser above, I’m interested in how poets use silence to mobilize readers toward meanings for experiences, events, and legacies that cannot be or have not yet been adequately expressed in language. A poetics of the unvoice signifies this “stirring” of the silence; it is creative work that seeks to make “knowable and nameable” what is not yet surfaced. The idea of the unvoice is conversant with scholarship on NourbeSe’s work, but I am particularly interested to see what happens when I apply this framework to understand both NourbeSe and Shikatani in a comparative context.

So, a poetics of the unvoice confronts silence— ‘stirs’ absence, the unknowable, the unnameable. Given your interest in bodily sonic phenomena, how would you relate this silence, which feels very much like it’s brimming, like being on the tip of a tongue, back to the body?

I’ll answer this question by describing one of Gerry Shikatani’s performances from 1985 at the Polyphonix festival for international poetry in Paris, France. Shikatani read textual work (the text is not documented), and the main thrust of this performance is the use of a “false ending.” Shikatani abruptly stopped his reading, and walked briskly off stage as it went to blackout. His disappearance lasted for several minutes before the lights returned at which point he also returned to the stage to finish his reading. When I learned about this work, I was reminded of sociologist Anne Karpf’s suggestion that there is radical potential in the refusal of speech. She writes, that “Losing one’s voice can be a way of going on strike.” So, for me, in this preliminary analysis of the performance, I understand Shikatani’s false ending­––wherein he silences himself, removes his body, and extinguishes stage light––as a form of protest. Perhaps, this is an attempt to force an audience to re-evaluate their assumptions about bodily presence, sound, and light at the event of the literary reading. Or, perhaps, as I have done in my writing and research on this performance, we can draw parallels between this “disappearing act” and the attempted erasure of Japanese-Canadians in Canada during WWII.

What a powerful use of the disappearing act, and of the body. On another note, what are you listening to these days?

I’m listening closely to a range of research-related audiotexts, including recordings by Wayde Compton, Jordan Scott, Lisa Robertson, and Tracie Morris. However, I’ll describe instead what I am hearing at this moment.

At this time of writing, I’m listening to the confluence of sounds on the street below. It’s the late evening on June 1st, and I’m deeply feeling the pain, anger, sadness, and frustration of the BLM protests across the US and in parts of Canada. My neighbour is playing acoustic guitar on his porch below. We’re the only people out at this end of the street. He’s singing softly and strumming “(What’s So Funny ‘Bout) Peace, Love, and Understanding.” Leaves rustle as a breeze passes through the nearby tree; I can hear police sirens coming from the north.

And, with this articulate convergence of street and sound, you’ve also directed us towards an audio clip from Tracie Morris’s PennSound page. Can you tell us about the recording?

I’ve been recently listening to the many different renditions of the famous Dada sound poem, the Ursonate by Kurt Schwitters. In particular, I’ve been enjoying American poet Tracie Morris’s version, entitled “Re-Sonate/Ursonate,” which was recorded at the Kelly Writers House in 2017. Each rendition of the Ursonate is unique for the ways the performer chooses to embody or engage the sound poem score. In “Re-Sonate/Ursonate,” Morris stages a collaboration with the work (as performed by Ernst Schwitters), wherein she is simultaneously listening and responding to the recording. This approach’s implications compel me, and I plan to finish writing about these implications over the next few months.

Eric Schmaltz is a Toronto-based scholar, poet, and part-time instructor of English and Creative Writing. He works within the field of Canadian Literature, with a particular focus on experimental and avant-garde poetry and poetics. He has numerous published or forthcoming articles featured in Canadian Literature,Canadian Poetry, Forum, English Studies in Canada, and Jacket2 as well as a book chapter in All The Feels: Affect and Writing in Canada. From 2018-2019, Schmaltz was an SSHRC Postdoctoral Fellow at the University of Pennsylvania, where he began his current research on sound, literature, and nationalism. More at www.ericschmaltz.com.

Emma Telaro is a Master’s student in English literature at Concordia University, and a Research Assistant for SpokenWeb. She is interested in the interdisciplinary potential of literature and sound studies and is eager to think about this in relation to an aesthetics of silence, and of its not-so-opposite speech. She likes to listen to things.