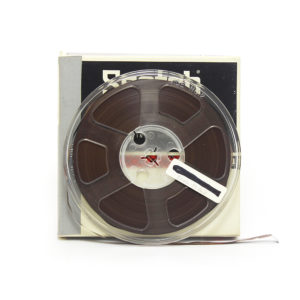 During her introductory remarks (featured in last week’s Audio of the Week), poet Muriel Rukeyser asks the audience not only to raise their hands if they’ve ever written a poem but also to reflect upon what drives people to attend poetry readings in the first place. She speculates that people come and listen to poems because of embodied elements – the breathing, the heartbeat, the rhythms – and because of something else that is created while sharing a poem together. In her reading, there are poems in which one is acutely aware of being together, listening, even while listening to the recording. This poem is one of them: “Anemone” (The Speed of Darkness, 1968) – a poem that enacts Rukeyser’s opening remarks by making the room at once oceanic and intimate, and by saying to the listener: “You are here.”

Malcolm, Jane. “The Poem Among Us, Between Us, There: Muriel Rukeyser’s Meta-Poetics and the Communal Soundscape.” Amodern 4: The Poetry Series (March 2015).