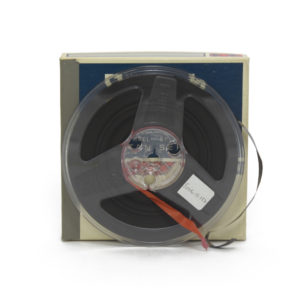 When listening to one recording from the SGW Poetry Series (1966-1974), it can be hard to hear its place amid the reading series as a whole. One can visualize its place on a list or on a calendar but it can be harder to sonically hear the seriality itself, except when someone on the recording, most often the host, refers to the previous or following reading. For this Audio of the Week, as we near the end of 2019, I have selected two clips from December readings in which there are announcements for the next readings in January. First, you will hear the end of Daryl Hine reading “The Trout” on 1 December 1967 and then the end of James Wright reading “A Blessing” on 13 December 1968. How does our experience of a recording change when we listen to it as marking time? I suggest that we can hear these recordings as sounds of temporality and that each of them captures an anticipation of a new year.

Listen to the entire recordings here and here.