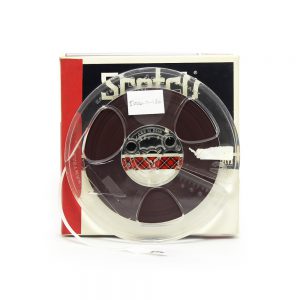 Between 1966 and 1974, faculty members of Sir George Williams University (SGWU, now Concordia University) in Montreal hosted a series of poetry readings that was conceived as an ongoing encounter between local poets and a diverse range of writers from across the United States and Canada. In one of the first recorded readings in this series (a reading featuring Canadian poets Phyllis Webb and Gwendolyn MacEwen held in November 1966), organizing committee member Roy Kiyooka explained the initial rationale of the series program. In this audio clip, Kiyooka explains the reading series as an attempt to sound the diversity of North American poetry in the mid 1960s. These opening remarks represent a thesis for curating a reading series, with an argument for the importance of fighting parochialism and challenging established canons through acts of organized public readings.

Now perhaps some of you are wondering what these readings are all about and how the choices are made. I have here a slight commentary on that which I would like to read to you. Our answer to this is that we have not attempted to make the series an exhaustive coverage of any particular school or faction of poetry. Nor has our concern been an attempt to seek out the so-called “great poets.” Our choices have been made with the desire to present to you, hopefully, the possibilities of utterance that is more than parochial. In short, this is our attempt to sound just that diversity that so much characterizes the North American Poetry scene.