Margaret Atwood introducing and reading “This is a Photograph of Me” – Sir George Williams University, October 13, 1967 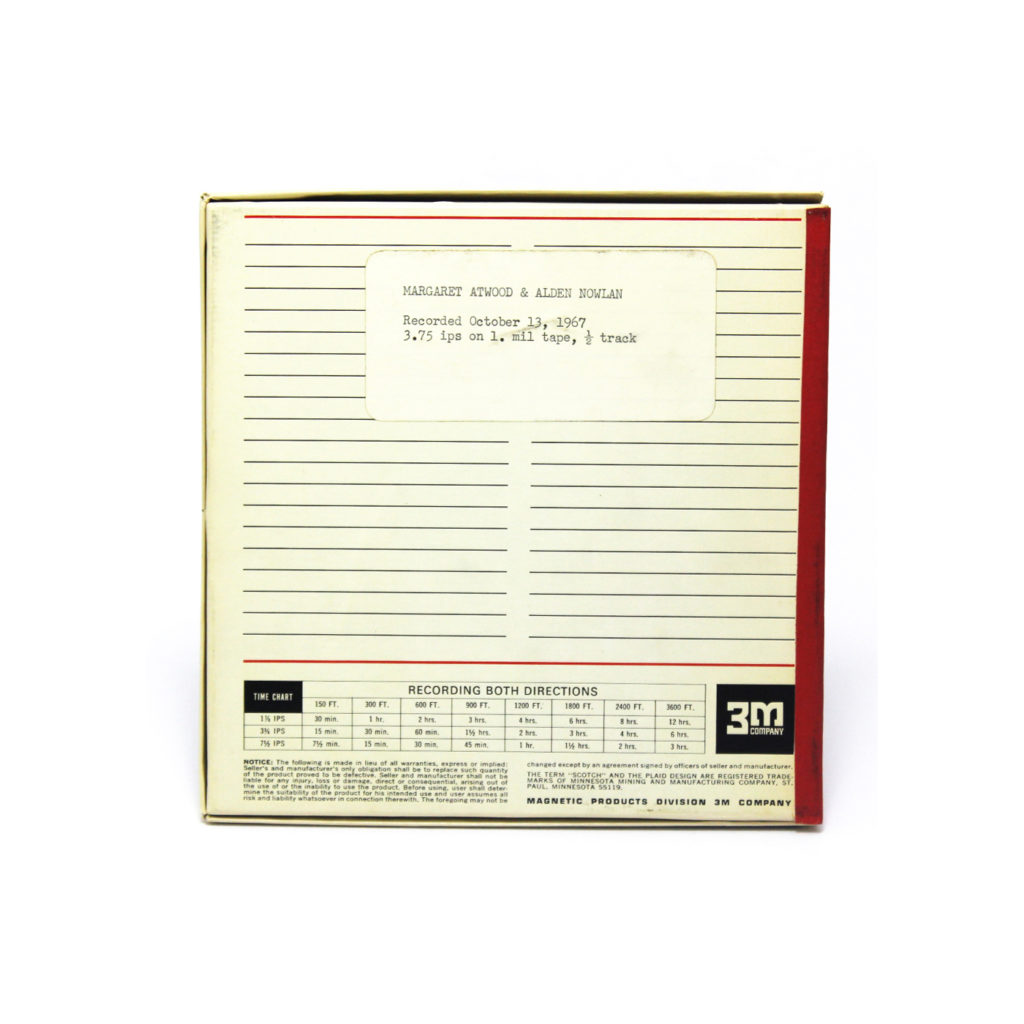 The last Audio of the Week featured Roy Kiyooka introducing Phyllis Webb and explaining what the SGW (Sir George Williams) Poetry Series attempted to achieve through its programming of Canadian and American poets from 1966-1974. In this week’s audio clip, Atwood first explains the illness haunting her voice and then starts her reading with the ghostly poem, “This is a Photograph of Me,” also the first poem in The Circle Game (1966). Despite its matter-of-fact title, this poem presents not a clear picture but rather a blurred trace of a haunted voice: “The photograph was taken / the day after I drowned.” Before her rise to celebrity (evident when Atwood reads again at SWGU in 1974), here is Atwood in 1967, at the start of her career, telling the reader and listener that this photograph-as-poem is a representation of me. But who is speaking? Listen closely, and “eventually / you will be able to see me.”

McLeod, Katherine. “Margaret Atwood introducing and reading “This is a Photograph of Me”.” SPOKENWEBLOG, 5 September, 2019, spokenweb.ca/margaret-atwood-introducing-and-reading-this-is-a-photograph-of-me/. Accessed 28 January, 2023.

McLeod, Katherine, “Margaret Atwood introducing and reading “This is a Photograph of Me”,” SPOKENWEBLOG, 5 September, 2019, https://spokenweb.ca/margaret-atwood-introducing-and-reading-this-is-a-photograph-of-me/.