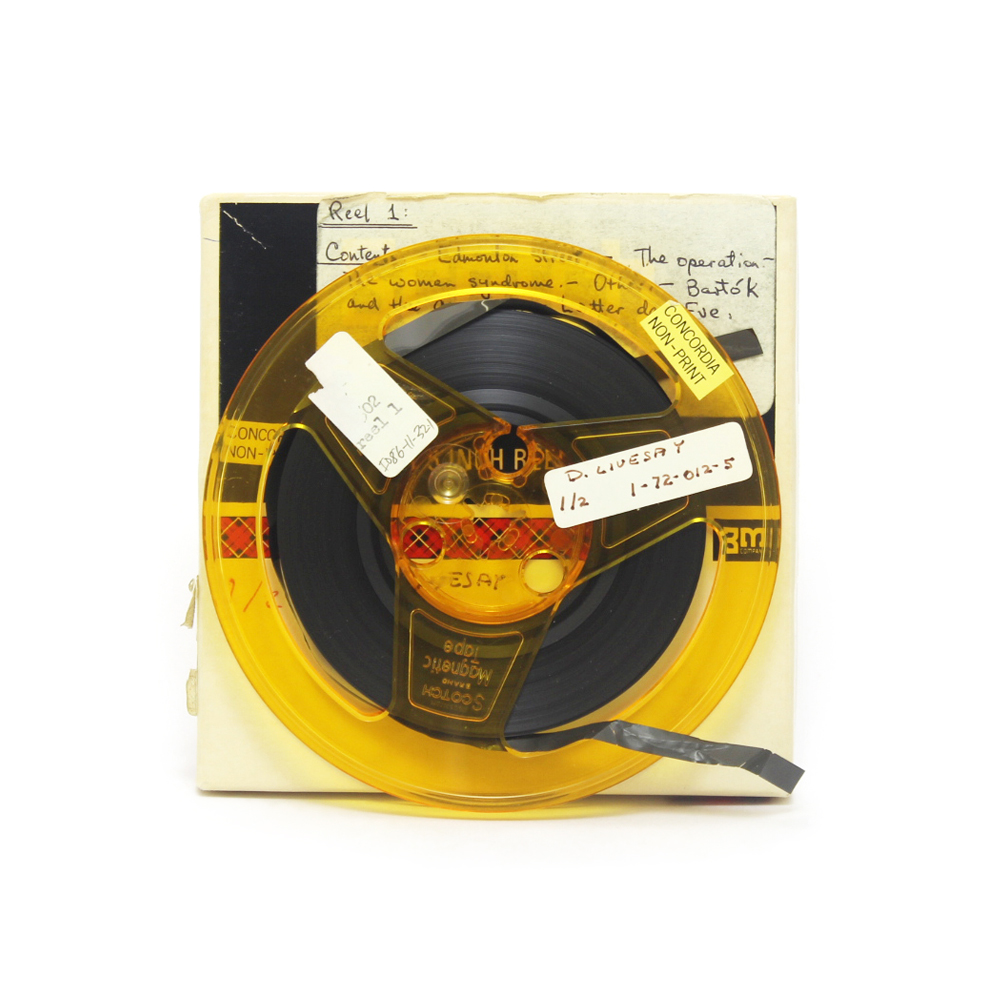 The poem simply began because I was teaching an evening class of housewives the art of creative writing, and I gave them an assignment to write an imagistic or perhaps haiku-type poem, when they got home, to look around the house and find two objects, utterly different and disparate, and just see if they could link these objects in a tension which would create a poem. Well the next day, I had sent the children to school after lunch and was sitting in the dining room listening to a CBC concert, and heard music that I hadn’t heard before at all, a violin concerto it seemed to be, and in the window as I was listening there was this red geranium. So I thought to myself, well I’ve given my class an assignment, I wonder if I could do the same thing. And at the end of the concert they announced that it was Béla Bartók’s violin concerto. So suddenly, the two elements, the music and the geranium, did seem to link in my mind and immediately I wrote the poem which I think I’ve never revised.

It is fascinating that this poem – the subject of surely thousands of student analyses by now – all started from an assignment that Livesay had given her own students. Moreover, it was an assignment given to “housewives” that produced a poem that then found its way into the lecture notes of male professors who claimed to reveal the true meaning of it, or, as Livesay herself puts it in this recording, “I’ll tell you afterwards about what some of the professors have said about the meaning of the poem.” What I find fascinating about Livesay’s story of writing the poem is not so much that she uncovers its origins – our interpretations of it are still valid and Livesay remains open to these varied interpretations too – rather, what I hear in her story is a story of her poetics. By this I mean that Livesay’s story of how she wrote “Bartok and the Geranium” fuses the imagism of her early poems of the 1920s with the tension of the social that informs her poetry from the mid-1930s onwards. The poem bursts forth from a moment of listening – a private moment of listening to something entirely new and framed by the space of domesticity in which she listens – and she “immediately” forges a connection between this sound transmitted through the radio and the flower framed by the window.

Listen to Livesay introduce her poem in the selected audio clip above, and then listen to the entire recording of her 1971 reading here.